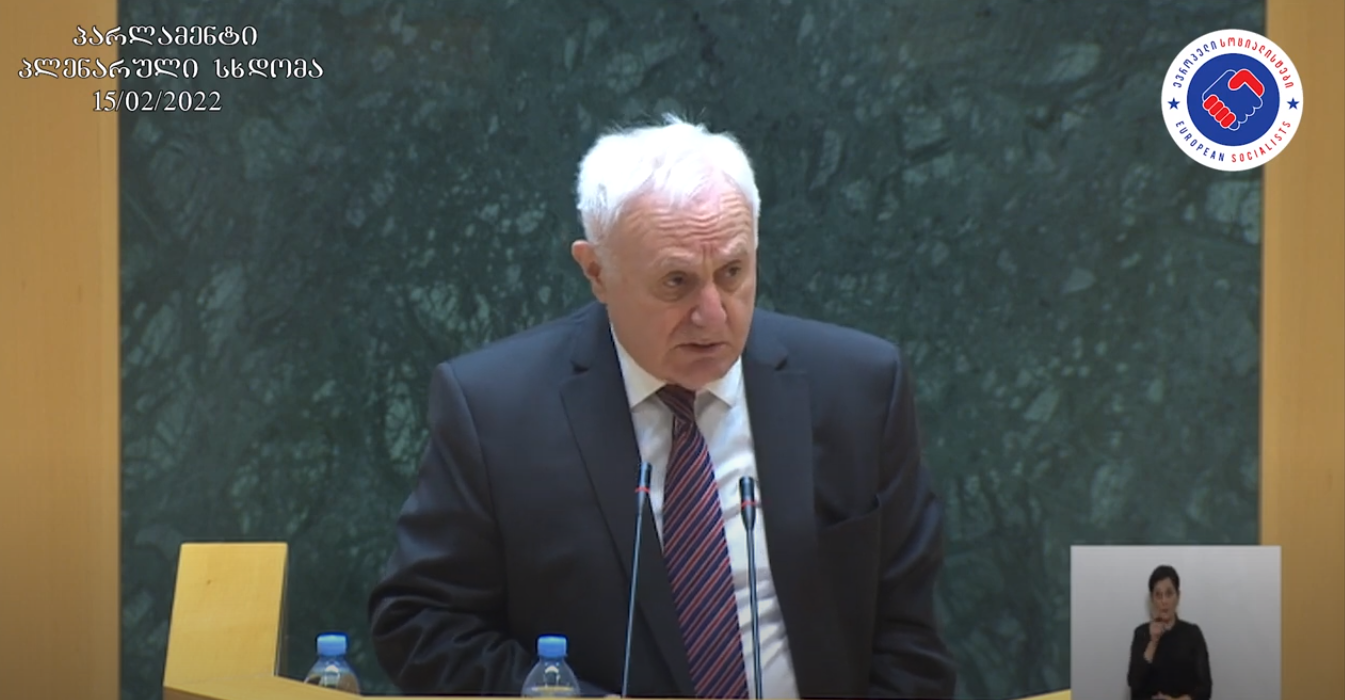 “The status of a fictitious candidate for EU membership has been created specifically for Ukraine.”

12 “The 12 demands of the European Commission are disturbing and reflect the narrative of the radical opposition.”

. “I think that this fictional, EU candidate status, is specially created for Ukraine. “Because he is at war, he is doing his job, he is defending, and many others. It was the only gesture for Ukraine, and at that time Moldova and Georgia appeared here,” Fridon Injia said.

He said that of the 27 countries that are EU member states, none of them had the status of EU candidate in their time.

. “None of the countries that became a member of the European Union has had the status of a candidate for membership. Their membership was only a political will. This was necessary for the EU and this decision is made by the first person of about 4 countries. “Including England, although it is not a member of the European Union this time, but has full authority in resolving all important issues.” – said Fridon Injia.

As for the EU member states, as Fridon Injia pointed out, there are many such countries, including Egypt and even South Africa. But Georgia, which is also an associate member, is living up to its commitments.

“What it means: this is visa-free travel, this is a trade agreement, this is much more. The only drawback to visa-free travel is that our citizens are not able to work there yet, but at the same time, there are some exception countries with which employment contracts are made. This is the next work to be done, “Fridon Injia added.

The MP focused on the 12 demands of the European Commission in the plenary session, which in his opinion are disturbing and dictatorial.

According to Fridon Injia, the 12 demands that start the list of demands of the European Commission and express the narrative of the radical opposition are worrying.

“Do you not see anything in common from the narrative of the radical opposition? That list, those demands, this is a kind of road map of what the radical opposition is talking about. Here is how the need for a document to get out of the crisis of meeting Charles Michel could have come up here, for example. Or second, the issue of polarization solution. There is polarization in every country, but they do not record such a thing there, it is recorded, they worked hard. They are strong, they are young, now they are competing with each other in what? They know that Saakashvili will not be able to come out for a long time, and a leader must be appointed here. It will be very good, the sooner their leader is identified, the easier it will be to talk to them and the more work will be done, I think, “- said Fridon Injia…

“How do the requirements of the European Commission begin: eliminate, take into account, adopt, strengthen, commit, create, urgently protect, unite efforts, involve, appoint, adopt laws. I have not seen such dictatorial demands. What is this constitution? That’s what it turns out, I’m the MP and the MPs elected by the people are telling us that lo and behold you will pass this law? “ფ said Fridon Injia.

“Here we are talking about tension and polarization, release Aba Saakashvili, this article will no longer be in line with EU requirements, but what will happen ?! … What will happen?! .. „- Injia added.

. The chairman of the political group believes that even if Georgia were in the first place in the list of requirements of the European Commission, they would not have given the status of a candidate to Georgia.

“I have to tell you that from the list, even if Georgia was in the first place, how do you think we would be given the status of an EU candidate? – They would not give it to us. “Therefore, what is being said today in the parliament hall by the radical opposition is completely out of touch with reality.” – thinks Fridon Injia.

The chairperson of the political group addressed the Prime Minister Irakli Gharibashvili at the plenary session and noted that he and the Georgian government had done everything possible to gain candidate status.

. “You got involved in the process and did everything you could to get a status for the country that gives practically nothing. God can give us candidate status, but he does not give anything, because there are dozens of countries that want to join the EU. I want it too, it would be very important for Georgia, but Georgia with its potential, economy is not ready for that yet. ” – said Fridon Injia

ამიტომ “Therefore, Mr. Prime Minister, do not be discouraged, I am telling you this, Mr. Irakli, and it refers to the second Irakli (Kobakhidze – the leader of the parliamentary majority), because you are one strong team. Because no matter what you did, no matter who you met, except for the top four countries, everyone said you were good, the record they made that Georgia has the prospect of becoming an EU member proves that you are good. You want Georgia to be a democratic country and everything…. He was the point and they told you that you are really good and you deserve everything, but sorry… you could not say that openly, but you felt it. “This is a different decision, this is a decision of other countries … this is related to that war,” Fridon Injia said.