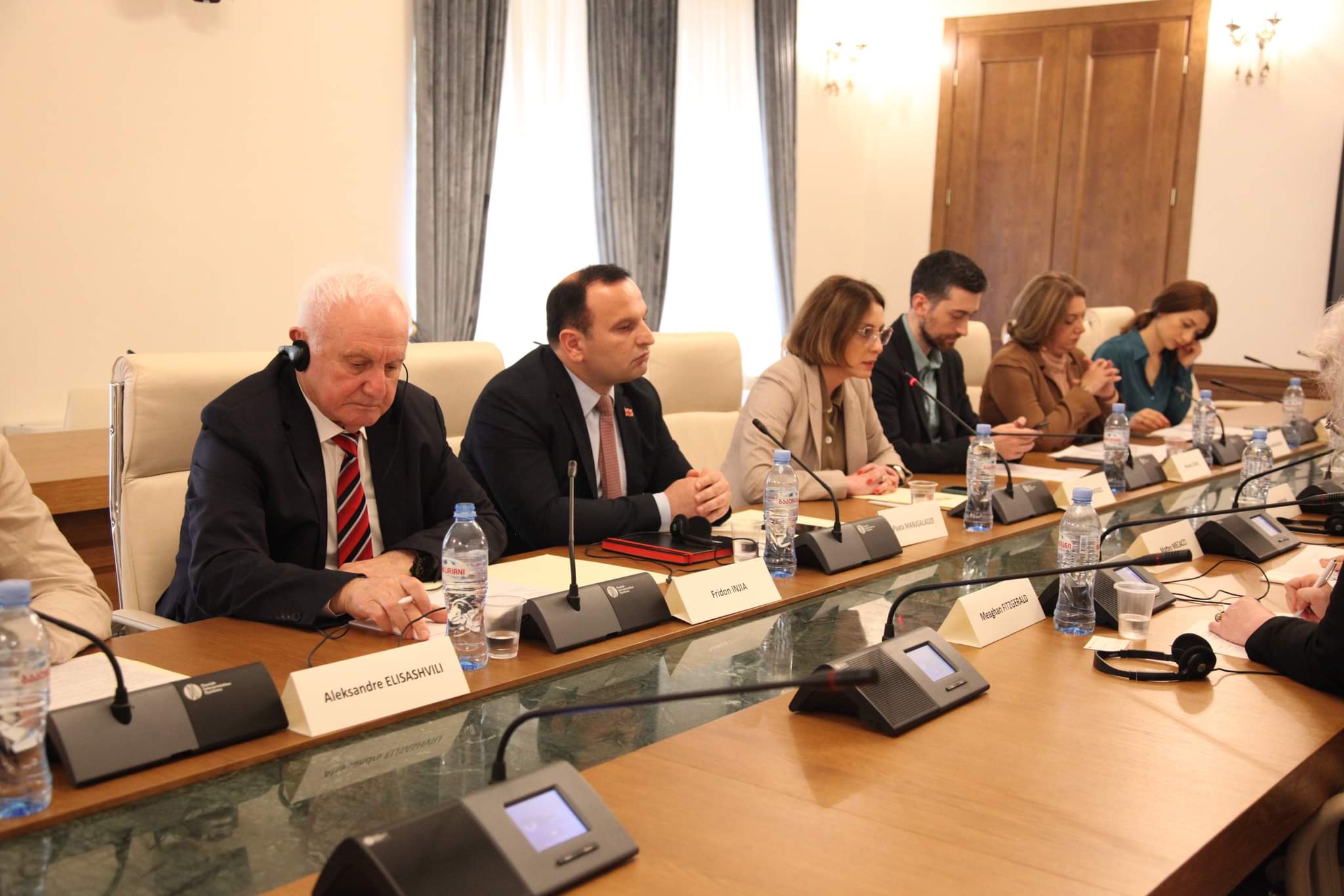 The Chairman of the European Socialist Political Group of the Parliament of Georgia, Fridon Injia, took part in a meeting with the Director of the OSCE Office for Democratic Institutions and Human Rights (ODIHR), Matteo McCach, and the accompanying delegation.

At the meeting, Fridon Injia thanked ODIHR Director Mateo McCach and members of the delegation for the work they have done to establish a new electoral system in Georgia.

“The OSCE / ODIHR plays a major role in shaping the new electoral system in Georgia. We “European Socialists” as well as “citizens” took part in the drafting of the Code. The current election code differs from the previous election code in both heaven and earth. “This is a step forward and the OSCE / ODIHR has helped us a lot,” Fridon Injia said at the meeting.

According to the chairman of the political group, he does not agree with the opinion expressed at the meeting by the representative of the “National Movement”, as if the society in Georgia today is polarized.

“I do not agree with the conclusion of the” National Movement “and the statement that the society is polarized. I would say that two or three parties are polarized in Georgia today. On one side is the “Dream” and on the other side is the “National Movement” and several other parties. This is a polarization between these two parties, while in the society, especially in the districts, there is no village at all. So this is fiction. I repeat that polarization is among the first persons. “Saakashvili is from here and the leadership of the Dream is from there,” said Fridon Injia.

As the MP said at the meeting, it is important to make a decision on amendments to the Constitution, which will be a step forward to make the parliament multi-party.

“This issue is important today, because in such a small country like Georgia there are so many parties, and as a result of these changes, the parliament will be multi-party, which reflects the interests of the population,” said Fridon Injia.
Regarding Georgia’s accession to the European Union, the MP noted that a lot of work is needed and it is not an easy process, the most important thing is the rule of law in the country.
“In order to take steps towards EU membership, it is necessary to find a common language between both the government and the opposition, and I believe that a common language can be found when there is the rule of law in the country. “Whoever is guilty should be imprisoned, it does not matter which party he represents or who he is,” Fridon Injia said at the meeting.