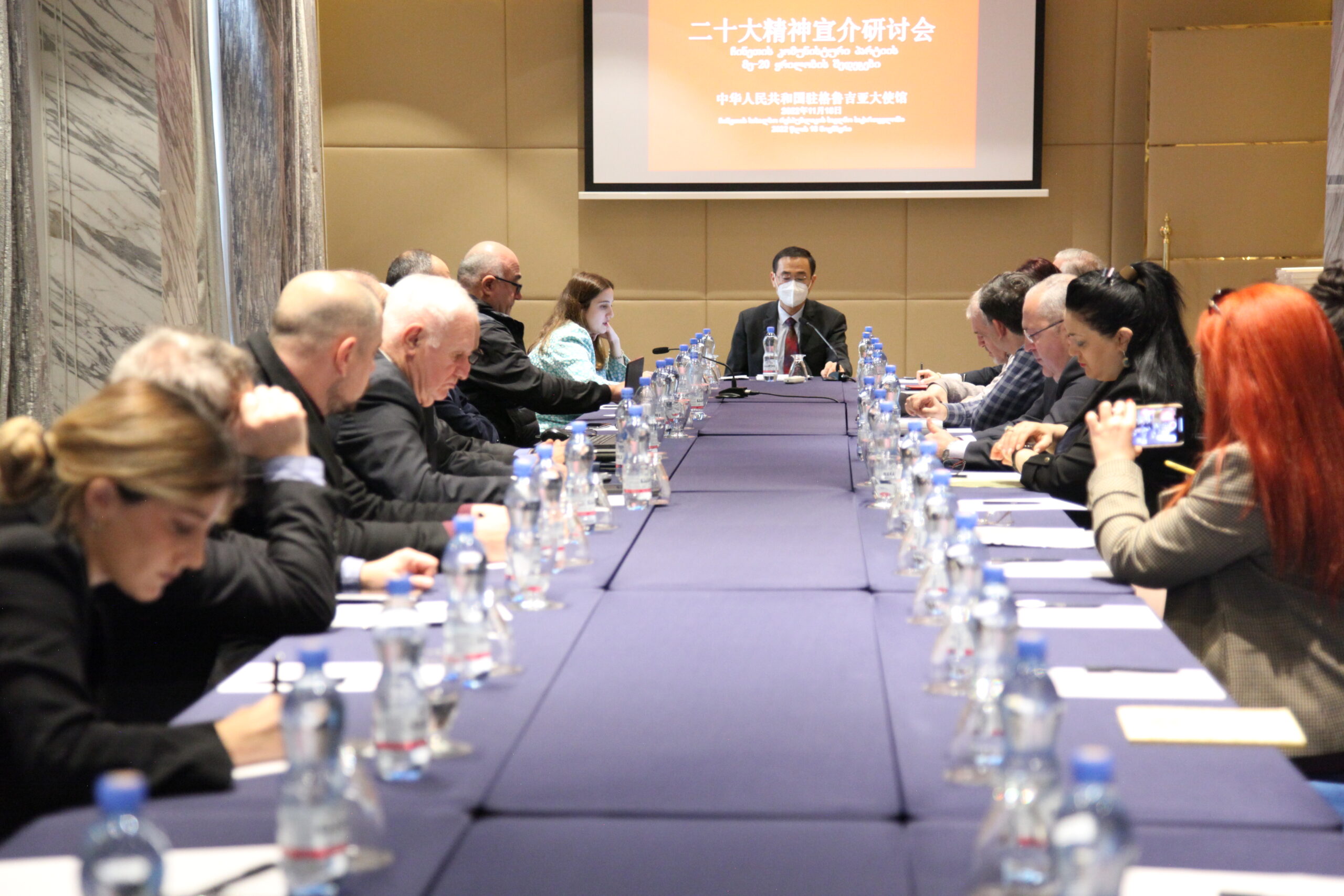 At the invitation of the Ambassador Extraordinary and Plenipotentiary of the Chinese People's Republic to Georgia, the chairman of the parliamentary political party "European Socialists" Fridon Indzhiya and the members of the Political Council took part in a seminar at which the topics of the 20th Congress of the ruling Communist Party of China were discussed.

In particular, the programs for the further development of China include: "Formation of the higher system of the socialist market economy", "Formation of the modern production system", "Program of all-round stimulation of the village" and many other directions.