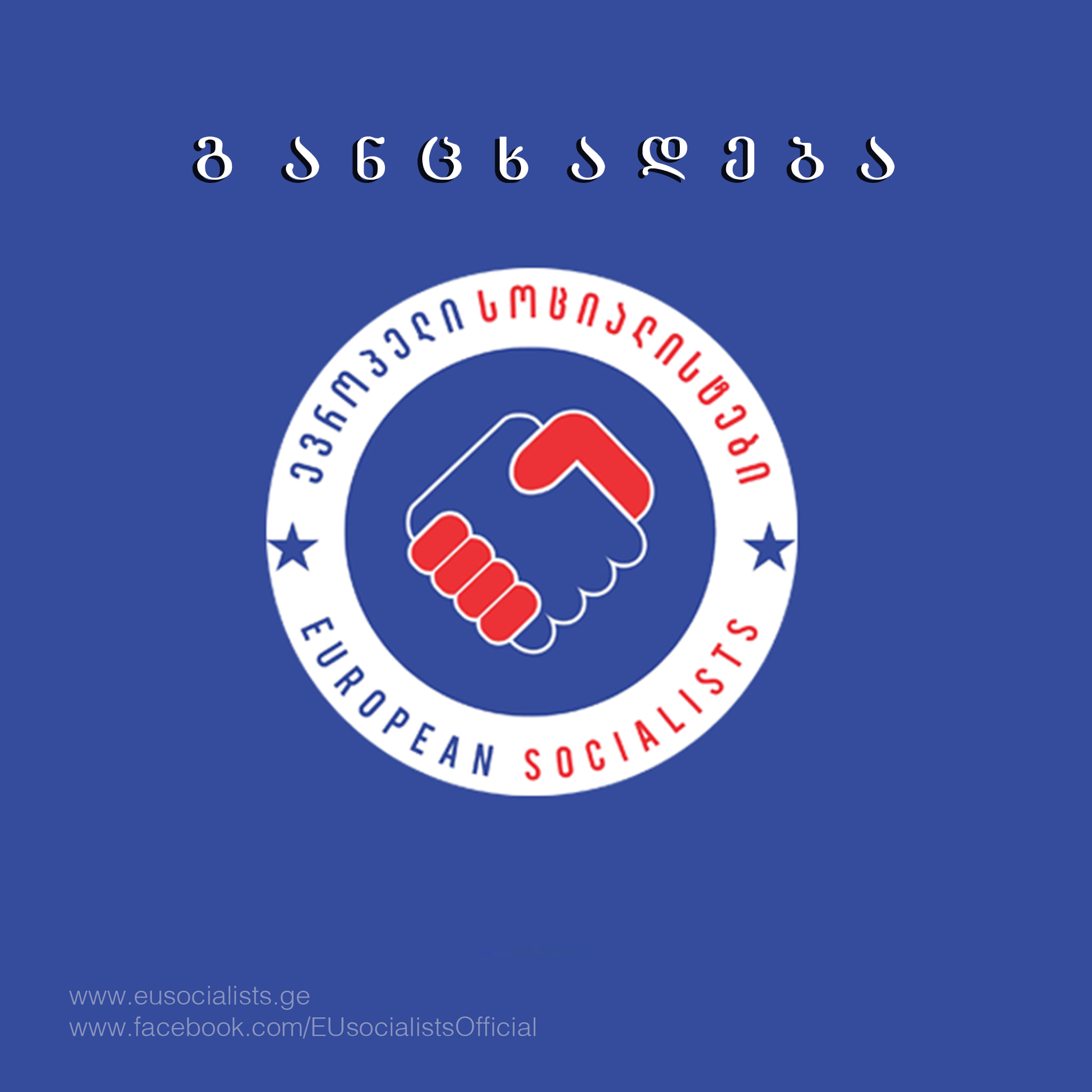 Statement of the Party "European Socialists".

The chairman of the "European Socialists" party, Fridon Injia, and the political team of the party welcome the statement of the Prime Minister of Georgia, Irakli Gharibashvili, regarding the investment of 10 billion in the first three years in Abkhazia and Samachablo, in the event of the unification of Georgia.

The Prime Minister of Georgia, Irakli Gharibashvili, while presenting the 2022 report, stated that the unification of Georgia In this case, Abkhazia can become the second Monaco and Sukhumi - the second Monte-Carlo, and it is possible for the central government of Georgia to invest 10 billion in Abkhazia and Samachablo in the first three years. The Prime Minister also noted that the government's policy regarding the occupied territories will not be revised and the government will try to reunify the country in a peaceful way.

"Unfortunately, due to the political climate created by the radical opposition, the issue of territorial integrity, which is the foundation of any state's strength, well-being, and stable development, is irrelevant and secondary today, which is unacceptable and it is necessary to change the political agenda," the statement said.

Therefore, the main task of the country's government should be to settle the artificially created and self-inflicted Georgian-Abkhaz and Georgian-Ossetian conflicts. New approaches must be defined - it is necessary to switch to the mode of direct negotiations, with the participation of all interested (internal and external) parties," the party's statement reads.