🔷 As Fridon Injia stated in the Georgian Times, Georgia should act pragmatically in the interests of the country.

. “Some ray appeared. For example, the format 3 + 3… God forbid that the cargo passing through our ports is limited, the country will find itself in a very difficult situation. "Take part in the negotiations, look at it pragmatically. If it is profitable for our country, we will sign it, as Azerbaijan and Turkey are doing. Injia.

🔷 He said that the pseudo-liberal policy that had existed in Georgia for 30 years did not work, and the country collapsed.

🔷 “Our relationship should be multi-vector, we should talk to everyone. So, do not be afraid of something with labels. In our team, we all look at the pragmatic situation in the interests of our country, but we should not do things that we do not have access to then, "- said Fridon Injia.

The chairman of the political group believes that in this case, when nothing is certain yet, a resolution in support of Ukraine is premature.

According to Fridon Injia, if the country's highest legislature finally decides to vote on the draft resolution, the political group will submit a draft resolution prepared by the "European Socialists" to parliament for consideration.

დ The Chairman of the Parliamentary Opposition Political Group "European Socialists" Fridon Injia spoke on the Georgian Times about the ongoing processes around Ukraine and the position of Georgia.
დ Fridon Injia believes that the events in Georgia in 2008 are mirrored in Ukraine.
🔷 "Two big" monsters "find out about each other and you blow your nose. At the same time, you do not even know what they are talking about, you do not know what the United States wrote to Russia in a closed response. "It may be written that you want to become a foreigner. Ukraine is in a difficult situation, but Ukraine is in the background, so to speak.
🔷 According to him, Georgia should learn lessons from history and draw conclusions.
ოთ "Let's look at what happened in 2008… Lesson, we have to make a conclusion, we were warned როდესაც When Erosi Kitsmarishvili brought this story, the next day he met me and told me that it was a difficult situation, I could not keep our testimony here. Is it mirrored? "At that time in 2008 these weapons were coming from all countries, now they are coming from all countries, but some NATO members said that we will not participate and will withdraw our troops here at all. These are Croatia, Bulgaria. Do we have to draw a conclusion?" Said Fridon Injia .
. As for Western sanctions, the chairman of the political group believes that it will not harm Russia much.
"If no chips are given to Russia, a Yaroslavl peasant or worker is not interested in your chips at all, or even if the Russian leadership does not go shopping on the Champs Elysees, nothing will happen," said Fridon Injia. 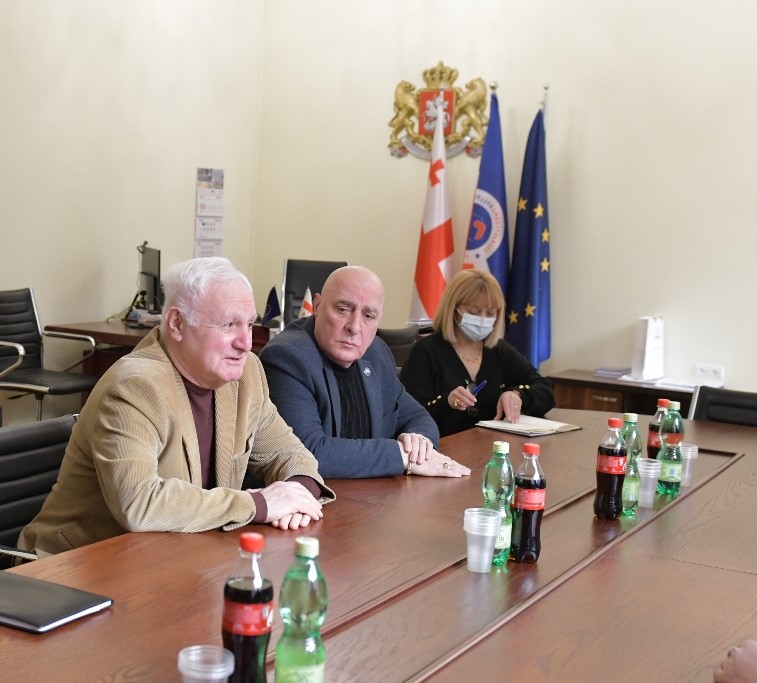 Georgia should have a multi-vector foreign relations - Fridon Injia.

"The initiative to draft a resolution on the events in Ukraine was taken by a certain part of the opposition parties, which I would say is a destructive opposition. For a year, they practically did not participate in parliamentary activities. However, they took part some outside, some in Parliament, some on the street. "Instead, they are being paid in full," said Fridon Injia, chairman of the European Socialists parliamentary group, during a live broadcast on Alt Info on Comments Day.

According to him, this part of the opposition wants to cause unrest in Georgia. They tried to prove that the 2020 parliamentary elections were rigged, but they did not succeed. After which they raised the issue of holding a series of by-elections, which also failed. They were left with only to try their best to create unrest in the country and use the situation in Ukraine for that.

"No country has made any request for support or any other appeal regarding Ukraine. We even run first. this time. "Maybe something is wrong with us, maybe we came out with Ukraine and get involved in this big misunderstanding," said Fridon Injia.

"Our party believes that we should be dignified. Let's keep an eye out… Some ray of light also appeared in relation to Russia. For example, 3 + 3 format, direct air traffic was restored. With the policies that our government has pursued, there have been some achievements in the economic direction. I mean, the gross domestic product exceeded two marks. Can you imagine? While there is no diplomatic relationship, there is economic activity, and there is some progress in that direction. If this relationship had existed 2-3 years ago, this figure would have been twice as high. We, with our policy, took out of the pockets of our population what income they could get. This is betrayal. This is what is hitting our country, "said Fridon Injia.

"Ukraine is a close country to us, a brotherly country. But it is not as fraternal as Ukraine for Russia. Every second Ukrainian family has relatives in Ukraine and vice versa, every second Ukrainian family has relatives in Russia. However, we are very good friends. I will tell you more, when there was a war in Abkhazia and the refugees were being transferred to Mestia, then the Ukrainian pilots stood by us selflessly. Even now, we stand by the Ukrainians in every sense. No need to supply weapons. On the contrary, we must do everything we can to keep the fire burning. This is our task, "said Fridon Injia.

As for the resolution, he believes that Georgia should refrain at this stage and monitor developments.

"Our interest is clear to everyone. These are economic issues, those lost territories, the socio-economic situation of our country. Our party believes that in this case it is better to refrain from any statements and resolutions so as not to harm ourselves. If the opposition registers the draft in parliament, then our political group will also register our version of the draft resolution. This resolution calls for, of course, that all sovereign states have sovereign rights, that the country has the right to unite in any organization, in any political or military union. This should be the sovereign right of every independent country. Whether they will accept these ten countries in this or that organization is another matter. It is already important here what conditions are being talked about and so on. "- said Fridon Injia.

According to the chairman of the "European Socialists", the policy pursued for 30 years in the country has not yielded results.

"We have lost territories. The country was destroyed. There are deliberate actions on the part of the "National Movement" to block all the right decisions. The National Movement has been managing this for 18 years. Why am I saying this? "Georgian Dream has been under siege for 9 out of 18 years and they are trying their best to block all the right decisions," he said.

Asked by the host of the show whether the existing propaganda and mass media influence the formation of a wrong opinion in the society, in the opinion of Fridon Injia, of course, to a certain extent it reflects on the public opinion.

"The propaganda in the media today has a great impact on public opinion, but I am sure we will come to our senses and survive. Propaganda has a great impact on society. The media is in their hands. Nevertheless, there are people in the Georgian society who see the existing reality correctly and we will survive. For centuries there were empires and nothing was left of them and we, too, survived. Therefore, I think we will come to our senses and we must do what is acceptable for Georgia today and is beneficial. This relationship should be with Russia, Turkey, Azerbaijan, America. "We must have a multi-vector relationship, as it is in our party charter," said Fridon Injia.