In his view, today anyone who wants war and tension is supplying arms to Ukraine. At this time Russia unequivocally says that it is not going to war there.

"In principle, Zelensky (President of Ukraine) also said that there is no possibility of war. But there is such a large amount of military equipment on the territory of the Ukrainian state and there are extreme groups, be it the right sector, or else, there are many groups that may not be completely under the control of the Ukrainian government and one day they may launch an attack on the territory. Goes the conversation. In that case, Russia may respond to some extent, its citizens are there, "said Fridon Injia.

According to him, the issue of Ukraine in relation to Russia is in the second place. He sees where the weapons are on the territory of Ukraine. He is bothered by areas he cannot control. These countries are Romania, Poland and the countries of Eastern Europe from which it can take blows. He is defending his state.

"Germany has stated its position. He banned Estonia from importing weapons. Bulgaria has refused to deploy NATO troops on its territory. "Croatia has generally said that it will withdraw its troops from NATO, so there is no unanimity in Europe," said Fridon Injia.

"America, which has great power and great authority today, does not want to give up its interests so easily, but nevertheless, it asks Russia not to make its answers public. This, in turn, indicates something. That the answer be not public but confidential. It reminds me of the Molotov-Ribbentrop Pact. However, part of it was public and some part was closed, which became known 50 years later, "said Fridon Injia.

In his opinion, the situation in Ukraine is more conjunctural, from different states, ie those who arrange this tension. Except for the Ukrainian people, except for Georgia, except for the countries that are close to Ukraine.

"It was like that in 2008. Technology was coming. Georgia was filled and then what the "National Movement" did is well known to everyone. "Then they handed over part of this equipment and sold part of it, and the status that it is today was signed," said Fridon Injia.

"Maybe tomorrow someone will start a war there, from the Ukrainian side, and this will be followed by the withdrawal of Donetsk, Lugansk. I mean, they declared independence, but in 2016, when there was the Minsk agreement, they backed down from their decision and said that if Ukraine writes in the constitution that these constituencies will have a special status, we are ready to be part of Ukraine. "The only way out of this situation now is for Ukraine to abide by this agreement reached in Minsk," Fridon Injia said.

According to him, the agreement is signed by France, Germany, Russia and Ukraine. This is already Europe. They take the responsibility to make the state of Ukraine federal and thus this part will be exhausted. But it is difficult to say whether a final agreement will be reached, but it will be a matter for consideration.

"I am convinced that the United States and Russia will find common ground. "Because in the end, no one is planning a war," said Fridon Injia. 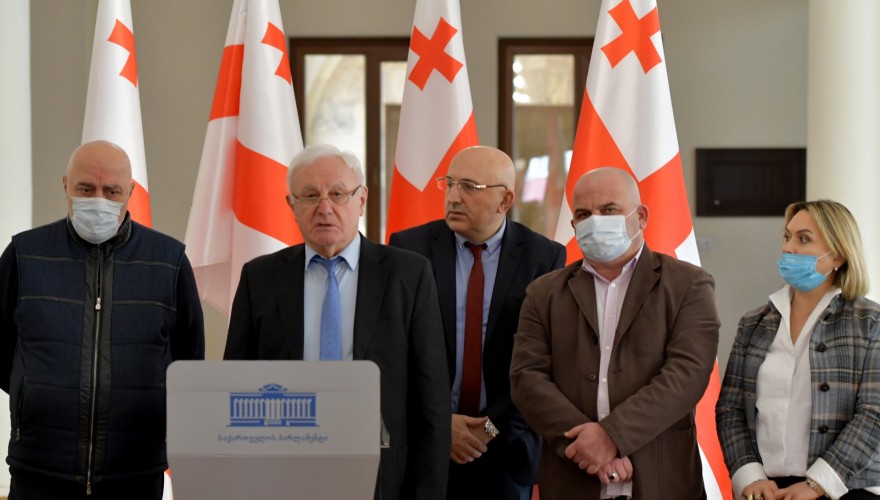 Statement of the parliamentary political group "European Socialists" regarding the current events around Ukraine.

The parliamentary political group held a press conference in the supreme legislative body. 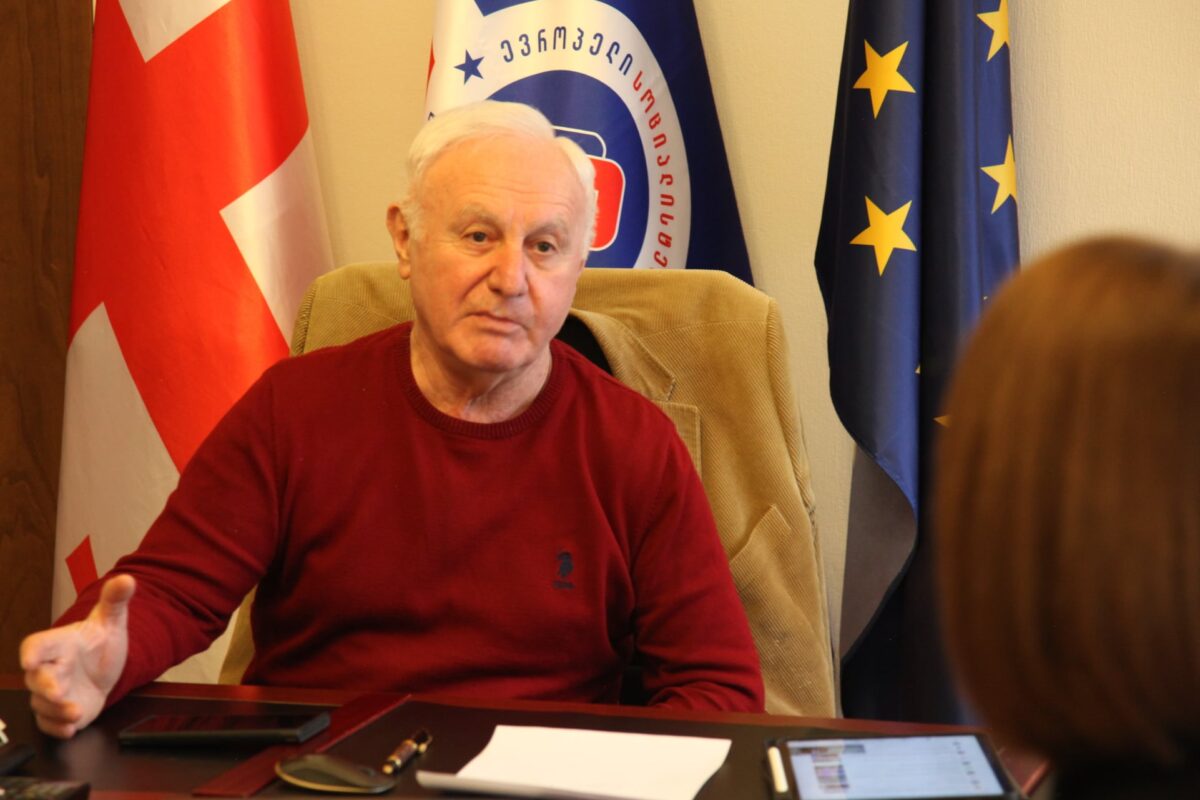 "No country in the world has yet adopted a resolution on Ukraine," said Fridon Injia, chairman of the European Socialist parliamentary group.

Fridon Injia believes that if Georgia's supreme legislature passes a resolution on Ukraine, it should be a good resolution for Georgia.

"I believe that if a resolution is made, it should be for the good of our country. Moreover, with the resolution, we should not be a party, and if we are a party to any other country and you want to be with Russia, with us, the events of 2008 may continue on our territory, and these events may begin in Ukraine as well. This I do not want. "We do not want a war," said Fridon Injia.

In his opinion, this situation may be good for some, but it will not be good for Georgia and the Georgian people, nor for Ukraine.

"We do not need a war and we should not support it. On the contrary, we should call for siding. The war will be devastating for the region and, above all, for Ukraine. I do not want our country to find itself in such a situation, "said Fridon Injia.

According to the chairman of the parliamentary political group, the calm that has been established over the years, and what has been achieved in the hands of this government, it would be really wrong to lose it.

"Some ray appeared in the direction of relations, the unification of our country. I am referring to Russia's statement that calls for the return of the 1997 status quo (these countries, these territories and many others). It should be noted that the current Minister of Foreign Affairs of the Russian Federation was Russia's representative to the UN in 1997, and he affirmed and voted that Georgia is a united country with its Abkhazia, Samachablo and all the rest. "This is the most important thing for us, and they can benefit us in this statement, and with this resolution, which no other country has done, we will not find ourselves in a state of confrontation and will not side with anyone," Fridon Injia said.

He said that if there is something in the resolution that could harm the current situation in the country, and there is no thing that Georgia can use for the benefit of the country in the future, of course, as Fridon Injia points out, his political group will not support it.

"We will not support a resolution against our country," said Fridon Injia.