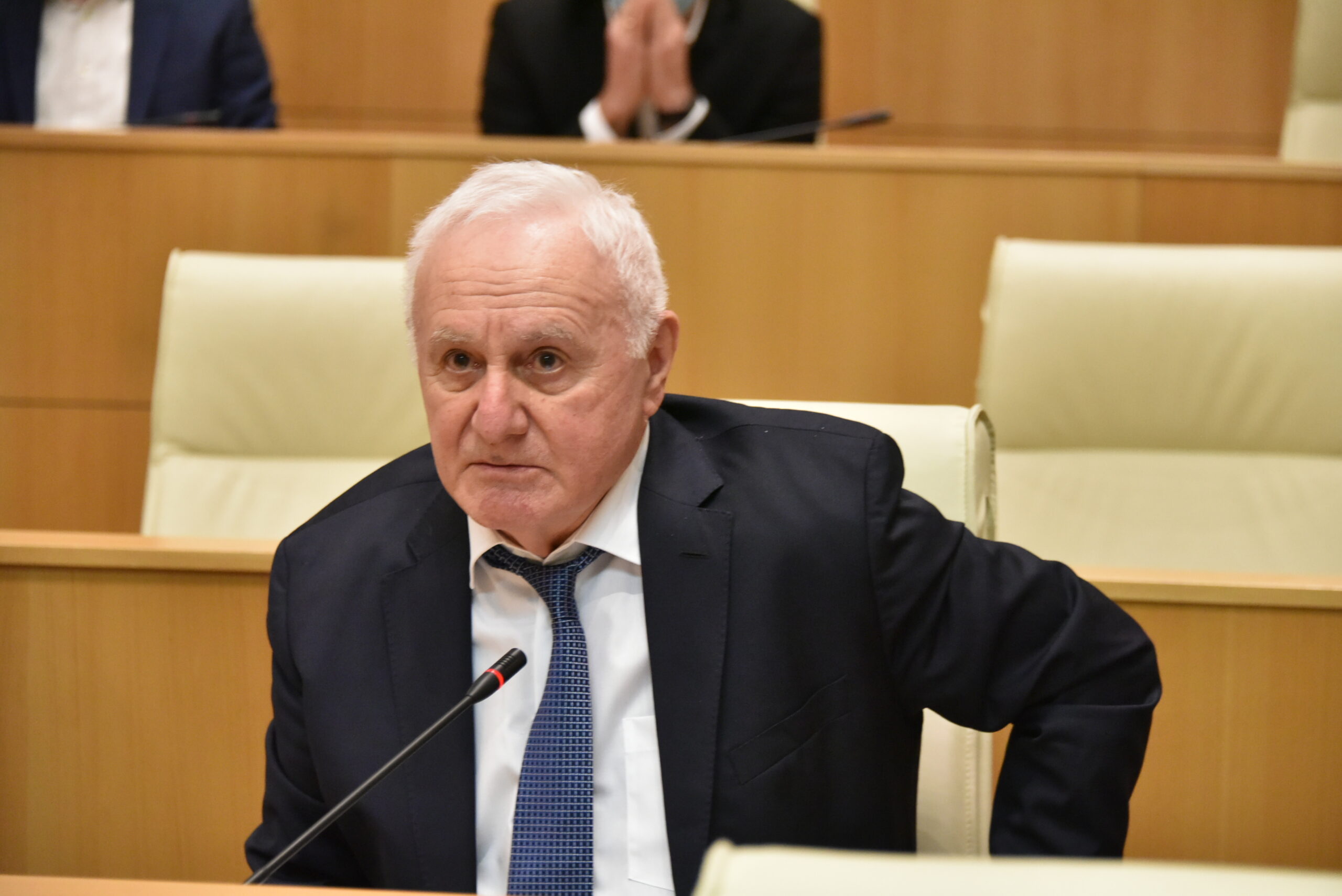 “Who is responsible for the actions of some current, parliamentarians or former politicians, baseless, biased, lying against our country, and at this time, we, in the country where these international institutions are, have a high-paying ambassador with his diplomatic corps To prevent actions against the state. “- Fridon Injia.

“It is time for the relevant ministries, structures and other state institutions to implement the relevant structural and personnel changes, to take effective steps to solve the above-mentioned problems immediately.” – Fridon Injia.

“As you know, Georgia is a parliamentary republic and it is our duty, as members of the supreme legislative body, to exercise the function of oversight and control over all government agencies of the country. This is done primarily by the parliamentary majority because it is responsible for everything.

Nevertheless, we, the Party of European Socialists, consider ourselves a constructive opposition and we are committed to expressing our views, remarks on the shortcomings that we notice. In addition, I will try to introduce you to ways and methods of correction. The decision you have to make.

The parliament of the country is the main body that creates the domestic or foreign policy in the state together with the executive power.

The mechanism for appointing Georgian ambassadors working abroad and diplomatic corps officials is somewhat vague and incomprehensible to me. At this time we in the parliament approve and appoint even the members of the supervisory board of various agencies and listen to their activities, reports.

Do we pass laws, even in the case of vetoes, and at this time, ambassadors cannot be appointed for months ?! What we are dealing with is up to you.

Take, for example, the Ambassador of Georgia to the French Republic, who is he? What did he do? By what criteria was he appointed? In my opinion, no one knows him, he has done nothing and if he has done, can anyone tell us what he did? Tell us who is responsible for the actions of some current, MEPs or former politicians, unfounded, biased, lying against our country, and at this time, we, in the country where these international institutions are, have a high-paying ambassador with a direct diplomatic corps. Do not allow actions against the state, make every effort to provide the world community with correct and accurate information in the state where it operates, to provide it in all ways, means, to circulate it on a regular basis, to make statements, speeches, press conferences And so on, by publishing and distributing newsletters. In short, open the curtain on lies. He should not sleep day and night, he should use the talent, skill and ingenuity of a Georgian man. At this time, in this respect, there in France, there is a complete emptiness, how long ?!

I would also like to mention the importance of the role of ambassadors and diplomats in the development of the country’s economy. I mean, attracting investments, bringing modern technologies to the country. Strengthening foreign trade relations and promoting economic development between countries, the return of emigrants to their homeland and its quantitative indicator, which in my opinion, should be one of the main criteria in evaluating their activities, and at the same time, their diplomats and mission staff should be motivated, it will be financial If official.

I welcome the actions of our government, but I want more. The world is changing daily, everything is redistributing and sorting. We owe it to ourselves not to stay behind these processes. To find our place, to be more pragmatic in the interests of our country. Do not waste time and energy on these issues, which are not in the interests of Georgia. In some cases, let’s land. Do not be in illusions, do not overdo it, restrain yourself, do not rush, look at everything with a sane mind and all this, again, in the interests of Georgia. What will happen in 15-20 years, life shows, we are not a country that can manage or influence this process.

It is time for the relevant ministries, structures and other state institutions to implement the relevant structural and personnel changes, to take effective steps to solve the above-mentioned problems immediately. “