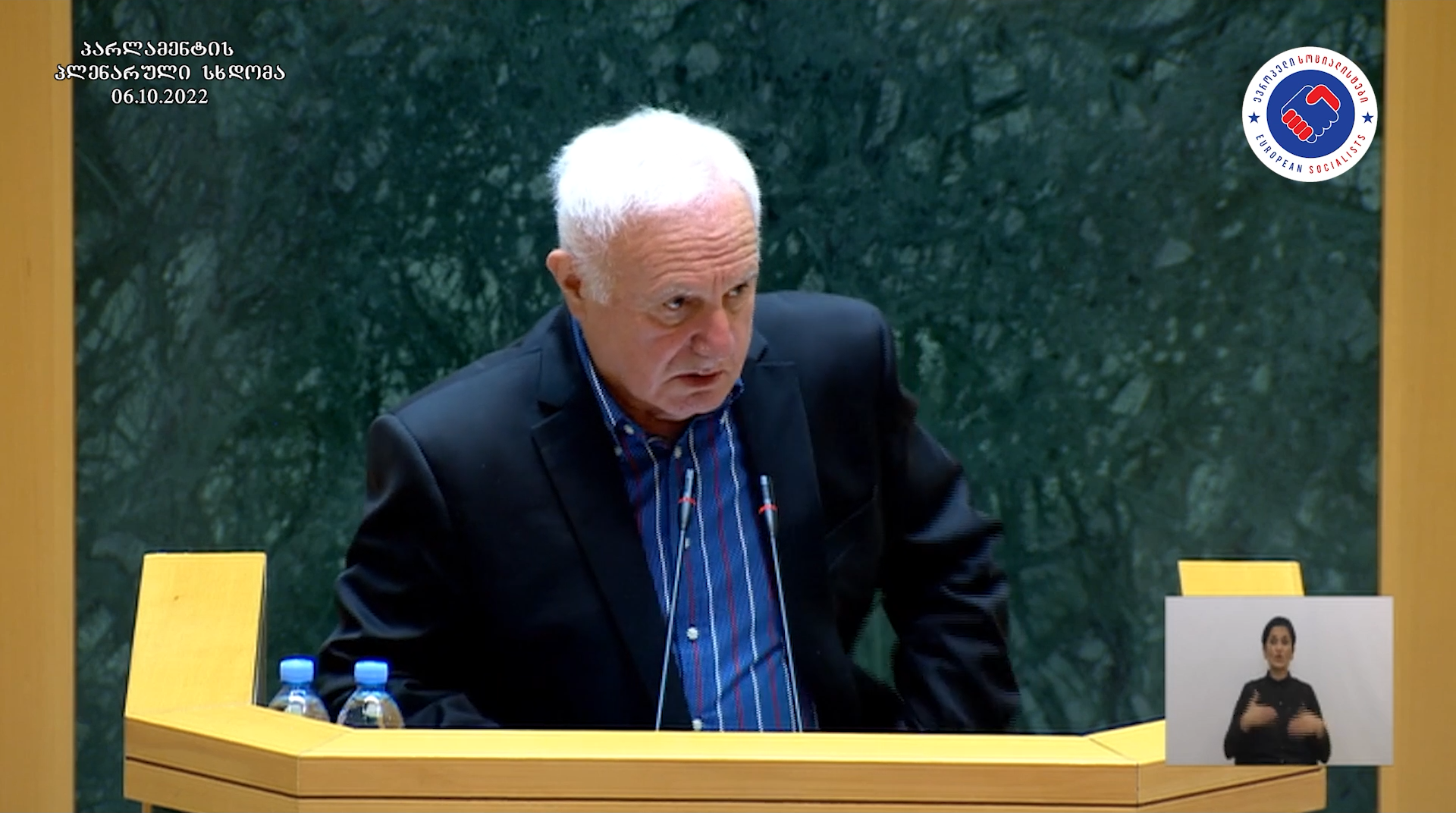 🔹 In his speech at the highest legislative body of the country, the chairman of the parliamentary political group “European Socialists” Fridon Injia spoke about the objects of state and strategic importance in Georgia, which according to the Georgian constitution belong to the special governance of the state.

🔹 The MP called on the Minister of Economy and Sustainable Development, as well as the members of the government, that the state should think about the redemption of energy and other facilities of strategic importance, which were sold in kapiks at the time.

🔹 The Parliament of Georgia listened to the Minister of Economy and Sustainable Development Levan Davitashvili in the “Minister’s Hour” format on October 6.
“Energy is an object of state importance. Let’s fulfill the main law of the country – the constitution, so the state will have the right to manage this facility and thus the state budget will increase.”

🔹 “Can you imagine, Geses, who are in Georgia, if they were owned by the state, what income would the country have? Moreover, I would personally include in the management of the state such structures and enterprises that are very important for the country. For example, an enterprise that produces goods for the military industry, and I must tell you that the tradition of the military industry in Georgia was high in its time. Let’s use this to increase the country’s budget,” said Fridon Injia.

🔹The chairman of the political group also spoke about the existing monopoly in the field of energy, which, according to him, does not allow competition, and therefore, the population does not have an alternative way to get electricity or natural gas at a discounted price.

🔹 “In Georgia, only Telasi (joint stock company Telasi) and only Socaria (Sokar Energy Georgia”). The population should have an alternative way to get both electric energy and natural gas.”
“Therefore, this issue needs to be resolved, because when the industry is de-monopolized and there is competition, believe me, the prices will be much lower.”

🔹 “Create one state enterprise that will sell gas. We can buy a certain amount of natural gas at discounted prices. With this, there will already be competition and some benefits will be given to the population.” – noted Fridon Injia.

🔹 In his speech, the deputy also talked about such an important strategic field for the country as aviation.

🔹 “Aviation is the most important strategic field, especially in this geopolitical situation. Let’s adopt a law that will regulate this field and it will be the most important field in the hands of the state”. – said Fridon Injia.

🔹The MP thanked Mariam Kvrivishvili, Deputy Head of the Minister of Sustainable Development of Economy, for the successes achieved in the field of tourism and noted that these achievements are seen both in Georgia and recognized by international organizations.