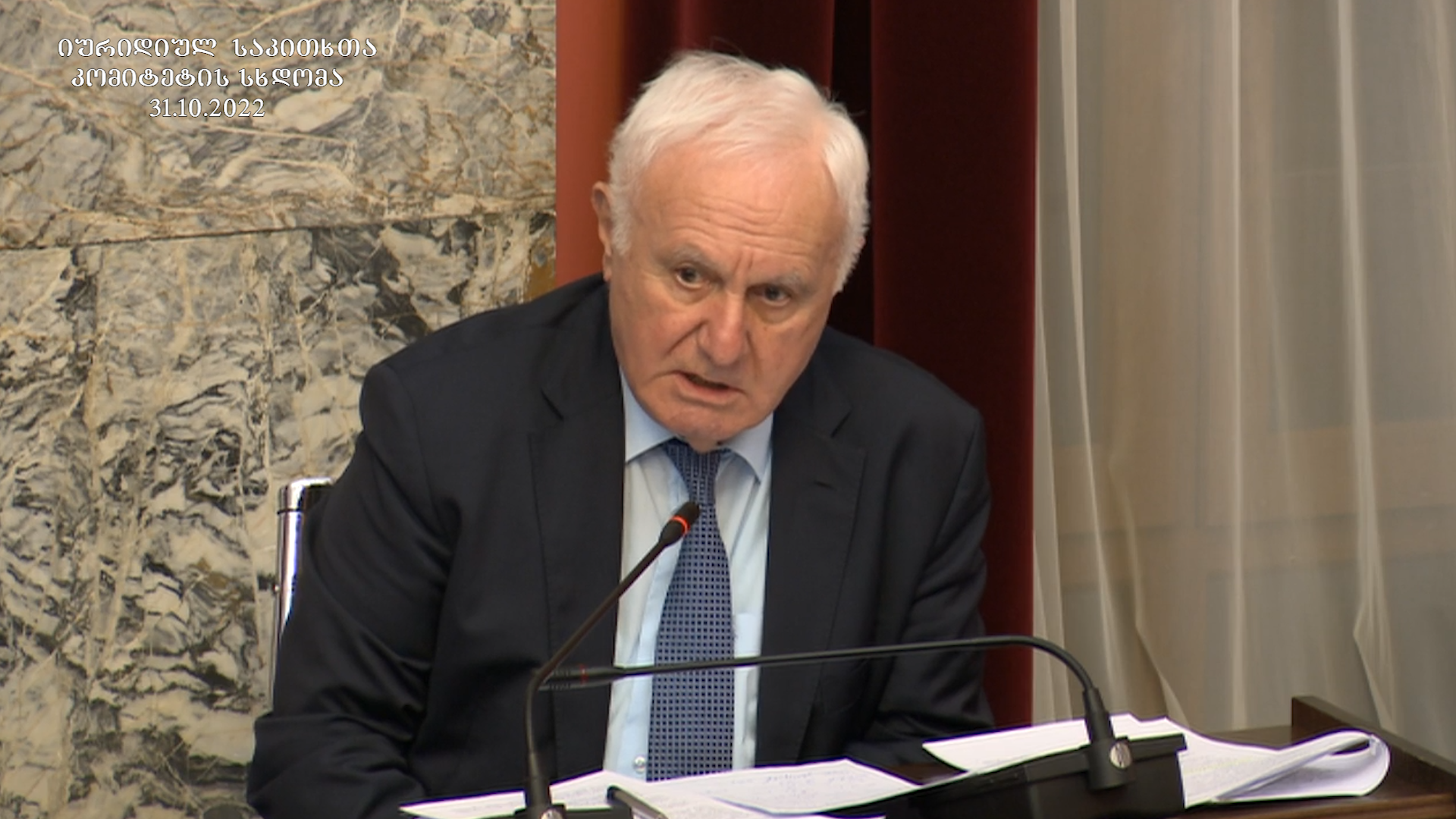 🔹”My attitude regarding the project of the “Law on Deoligarchization” is strongly negative.”
The chairman of the parliamentary political group “European Socialists” Fridon Injia announced this at the meeting of the Legal Affairs Committee of the Parliament of Georgia, where the chairman of the committee Anri Okhanashvili presented the draft law of Georgia “On Deoligarchization”.
❓. Based on the Constitution of Georgia, this law is anti-constitutional;
❓ Wouldn’t it be better to wait for the conclusion of the Venice Commission and then make the appropriate decision?
❓ to a person, any citizen who
Gathering in demonstrations is guaranteed by the constitution, this law (Article 21) limits it;
❓ The definition of the oligarch himself is vague. I don’t know if this is good or bad?
❓ Elon Musk, who may be put forward as a presidential candidate in 2024 in the United States of America, if such a law is passed, will he be removed and will no longer be there?
❓ Is there a similar law in any successful country?
❓ The Venice Commission will consider the law of Ukraine, and it will probably be in line with the Constitution of Ukraine. Our constitution is different from the constitution of Ukraine, that’s why the parliament made a number of changes in it. what comes out The law adopted in Ukraine and based on the provisions of the Constitution of Ukraine, and in what respect will this law be consistent, with the Constitution of Ukraine or with the Constitution of Georgia?
❓ A citizen is restricted from fair procedural rights (Article 31 of the Constitution), appeal, that is, we enter a person in some register, we do not know whether it is good or bad, for whom it is good and for whom it is bad, and he has no right to appeal this fact;
❓ Another issue – for example, we started to discuss, various proposals came in and it turned out to be one of the oligarchs (I don’t know if it’s good or bad) who lives abroad, what should this law do to a citizen who owns a company, voting rights, media means from abroad , finances them, etc. How can this law affect this person, will anything change?
❓ Also minor issues – the case of father’s name. For example, for me this is an insult. Every Georgian has a father’s name…
❓ “Having significant influence”; Here are such terms and sentences in this law. Who decided what is important and what is not? For example, we have a gold share of 1%, can it be a significant influencer? Could 51% be needed? Or who determines it in these actions? What is the effective or significant influence? Or if you want, you should buy and participate in the auction, or in the process of privatization of a large-scale object. What is this large-scale object? Who defined it and by whose definition are we writing a large-scale object here? It can be one for Ukraine, another for Turkey, which one is for us?
❓. Here are a number of sentences that are not clear. Do we want such a thing? what is the goal Therefore, my attitude towards the project of the “Law on Deoligarchization” is strongly negative.