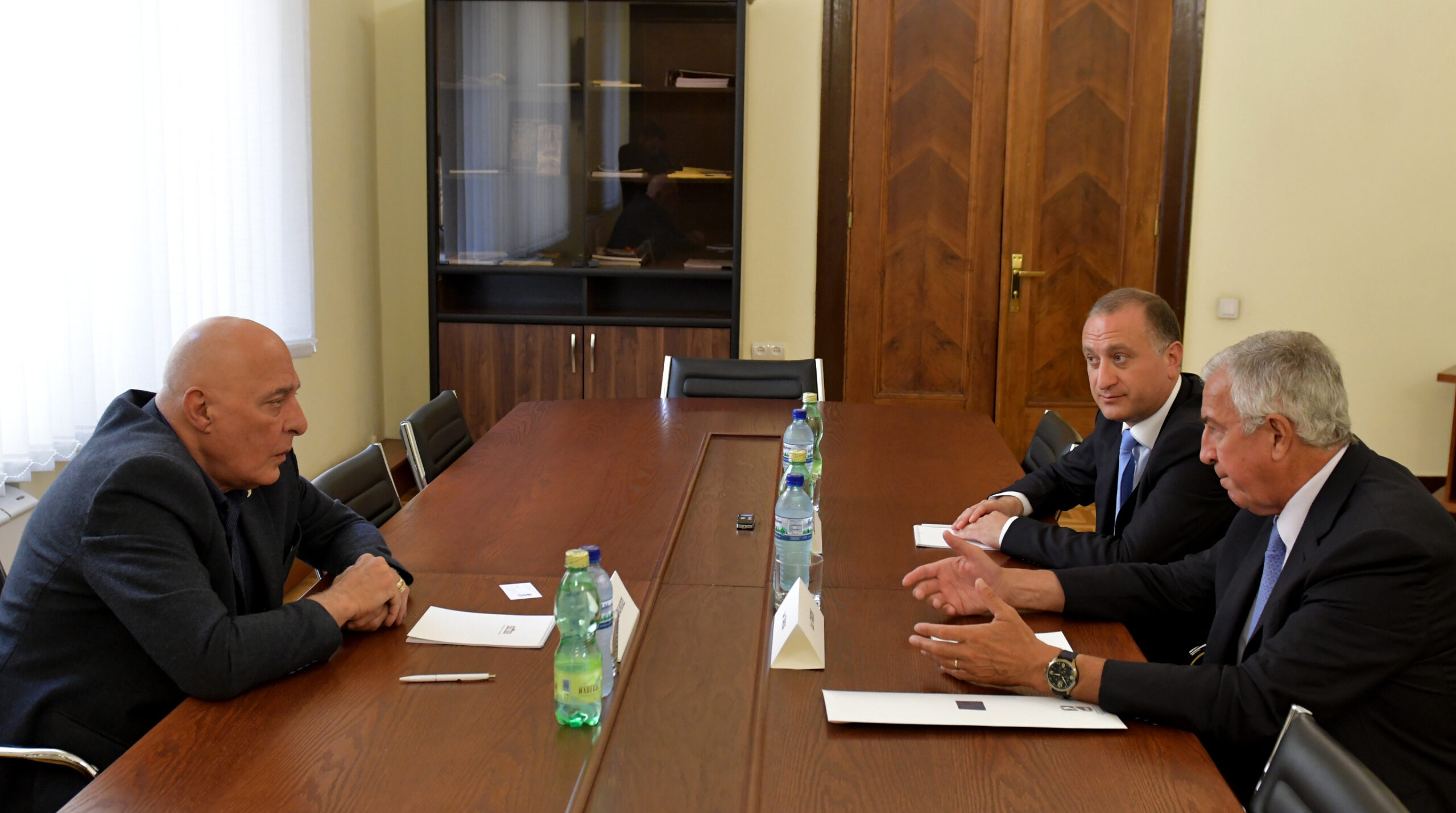 The memorandum was signed by the Minister of Culture, Sports and Youth of Georgia, Thea Tsulukiani, and the President of the International Ice Hockey Federation, Luc Tardif.

“The activity of the president of the International Hockey Federation is evaluated at a very high level, because we are not a country where this sport is very developed. Therefore, his attention is a great honor for us and we thank him very much for it. As the Deputy Speaker of the Parliament, as a Georgian and as the Vice President of the Hockey Federation, I thank Luke Tardif for everything,” Avtandil Enukidze said at the meeting.

“As for the statement of the Minister of Culture, Sports and Youth of Georgia, Thea Tsulukiani, that the development of ice hockey in Georgia is very important, she is also the Vice Prime Minister of Georgia, and she had the mandate to make this statement from the Prime Minister of the country. The development of all kinds of sports in Georgia is paid a lot of attention today. I personally had a conversation with the Prime Minister, and in fact it has been decided that ice hockey fields will be built in our country, and you will be able to stay informed about all this during the working process. All the more, you offered to stand by us here, and once again we thank you very much for that. Avtandil Enukidze noted.

On his part, the president of the International Ice Hockey Federation, Luke Tardiff, noted at the meeting that he came to Georgia 10 years ago to take the first steps, and started playing at the World Championship in Georgia.

“After 10 years, I saw a lot of progress and changes, which I am very happy about. During these 10 years, systemic changes have been implemented, a system of this type of sport has been created, which did not exist before.” – Luke Tardiff said at the meeting.

According to Luke Tardif, he sees that Georgians have the character needed for strength and team sports and believes that Georgia will be as successful in hockey as it is in rugby or basketball.

“I am glad that the hockey ice rink will be built in Georgia. Now Georgia needs to start the second stage in terms of hockey development. A new generation should start growing after creating the infrastructure, and I would like Georgia to play in the top division after some years. There will be youth teams, women’s teams… but all this needs infrastructure. I believe that the Georgian government has a very good concept, in particular, the palaces of many types of sports will be gathered in one area, including the ice rink. The projects that I heard in Batumi, Tbilisi, Bakuriani, this will be the beginning of a leap to the second stage, which Georgia needs, and I will help you in every possible way to implement all this”, said the president of the International Federation.

According to him, it is quite realistic that in 2-3 years, when the construction of the infrastructure is completed, the World Ice Hockey Championship will be held in Georgia, because Georgia has a good experience of holding world-class championships.