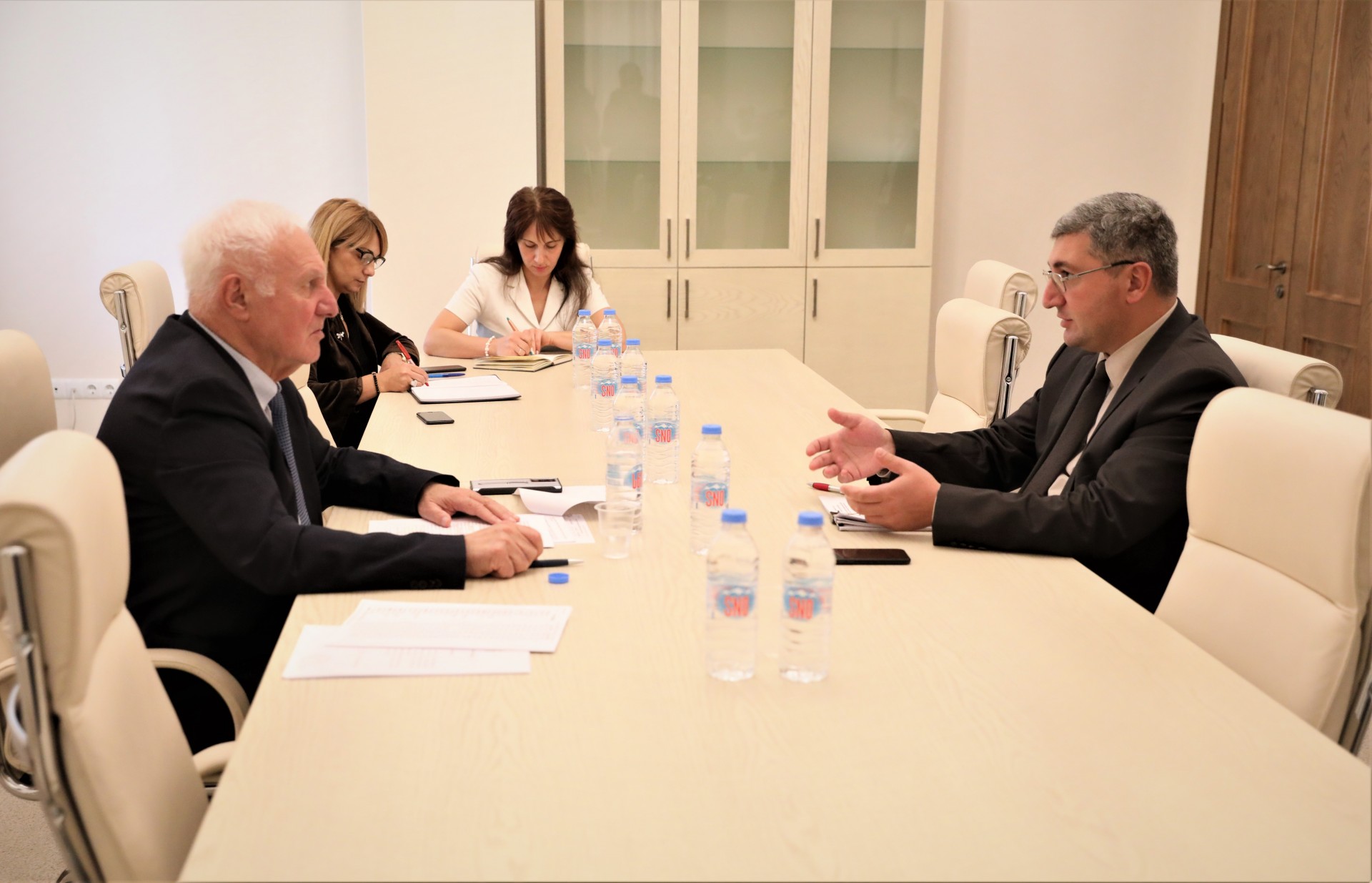 📍 Discussion continues in the Parliament on “Amending the Law of Georgia on the 2022 State Budget of Georgia”.
🔹 Members of the parliamentary political group “European Socialists” met with the First Deputy Minister of Finance, Giorgi Kakauridze. The first deputy minister introduced the main changes to the main financial document to the deputies and talked about economic trends.
🔹 “Taking into account the existing trends, we changed the annual forecasts. The rate of economic growth will be higher than initially planned – 8.5%, and we also have additional revenues, which we distribute in two directions. The first and most important is to reduce the budget deficit and debt. The planned debt collection is reduced by approximately 700 million GEL. The second direction is the financing of the necessary expenses, which the country has undertaken as an obligation. This is the direction of children’s social protection, employment of the socially vulnerable, development of agriculture, infrastructure, provision of social guarantees for policemen and soldiers, and those infrastructure projects that are important for the well-being of our population in various municipalities,” said Giorgi Kakauridze.
🔹 According to Fridon Injia, “European Socialists” supports the planned changes in the state budget, as tax revenues of the combined budget increase by 1,266.0 million GEL.
🔹 “This is quite a large amount and the budget increase is welcome. However, how this additional income is distributed is important. There may be some questions in this direction. When distributing the money, first of all, the needs that appeared this year should be taken into account,” said the chairman of the parliamentary political group.