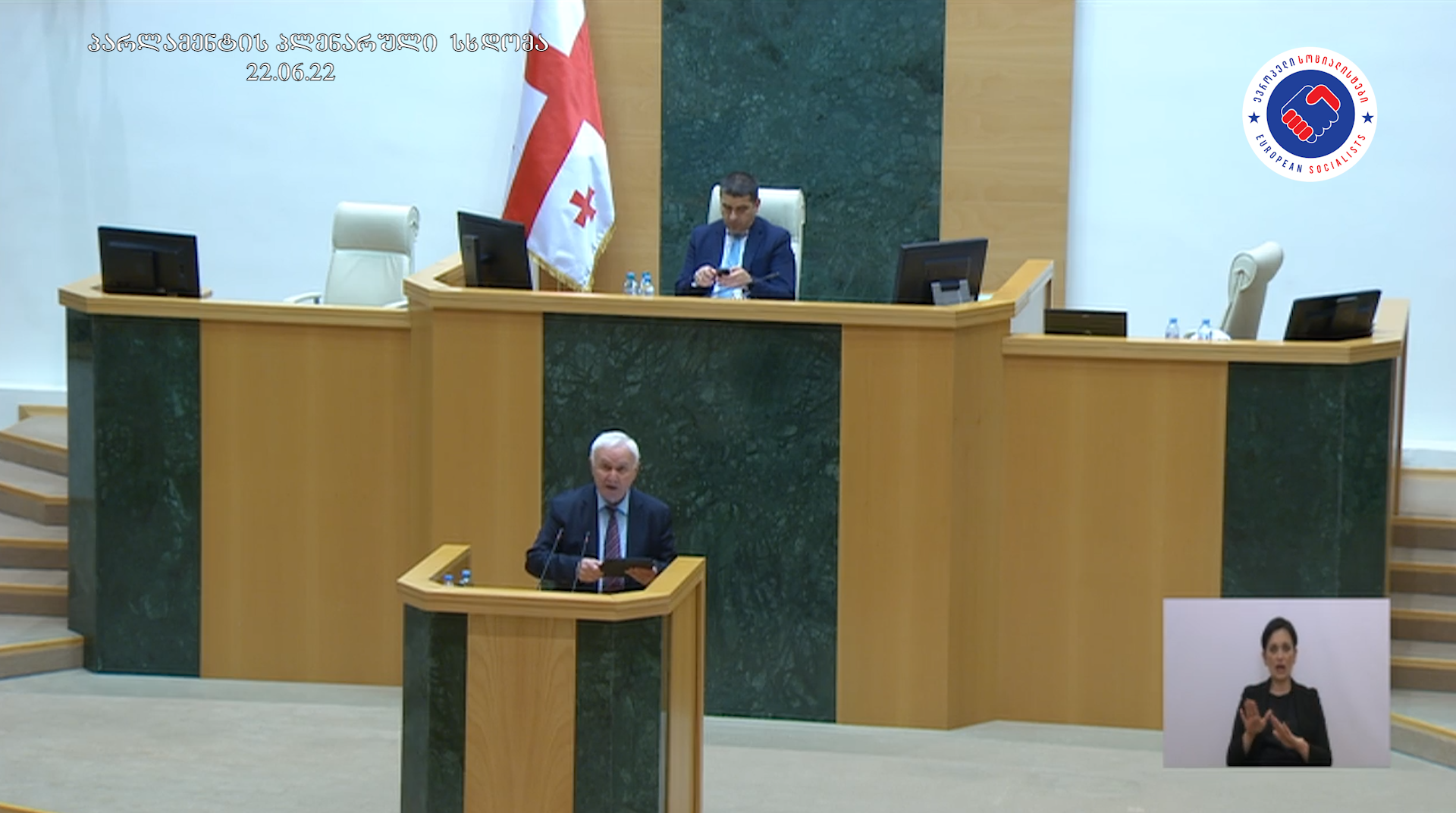 “Do you think you should pass a law on NGOs?”

Fridon Injia, Chairman of the Parliamentary Political Group “European Socialists”, demands the adoption of a law on the activities of non-governmental organizations.

. The chairman of the political group stated about it at the plenary sitting of the Parliament of Georgia, where the Prime Minister of the country Irakli Gharibashvili presented his annual report.

“Georgia’s non-governmental sector is funded with $ 88 million, which is supplemented by funding from other countries, then domestic reserves, and imagine what will follow.” “It’s the’s 88 million in funding that stood here in front of the parliament building, including the young people who were really encouraged by the democratic and European aspirations, but behind them are these NGOs,” Fridon Injia said.

. “Do you think that a government that has to protect itself should adopt a law on non-governmental organizations that puts everything in its frame? Because what were they doing?

• Were they making a political statement? Were doing;
• Did they make calls for disobedience? – were doing;
• Do they create organizational structures? – create;
• Are they calling for violent action to change the constitutional order? – they ask;
• Is violence propagated against the government? – is done;

Then let me know, is this a political organization or a non-governmental one?
It turns out that in front of us, in front of Parliament, is baking one large piece of cake that can be expanded. Take action. Finish cohabitation, let the law be the law? – said Fridon Injia