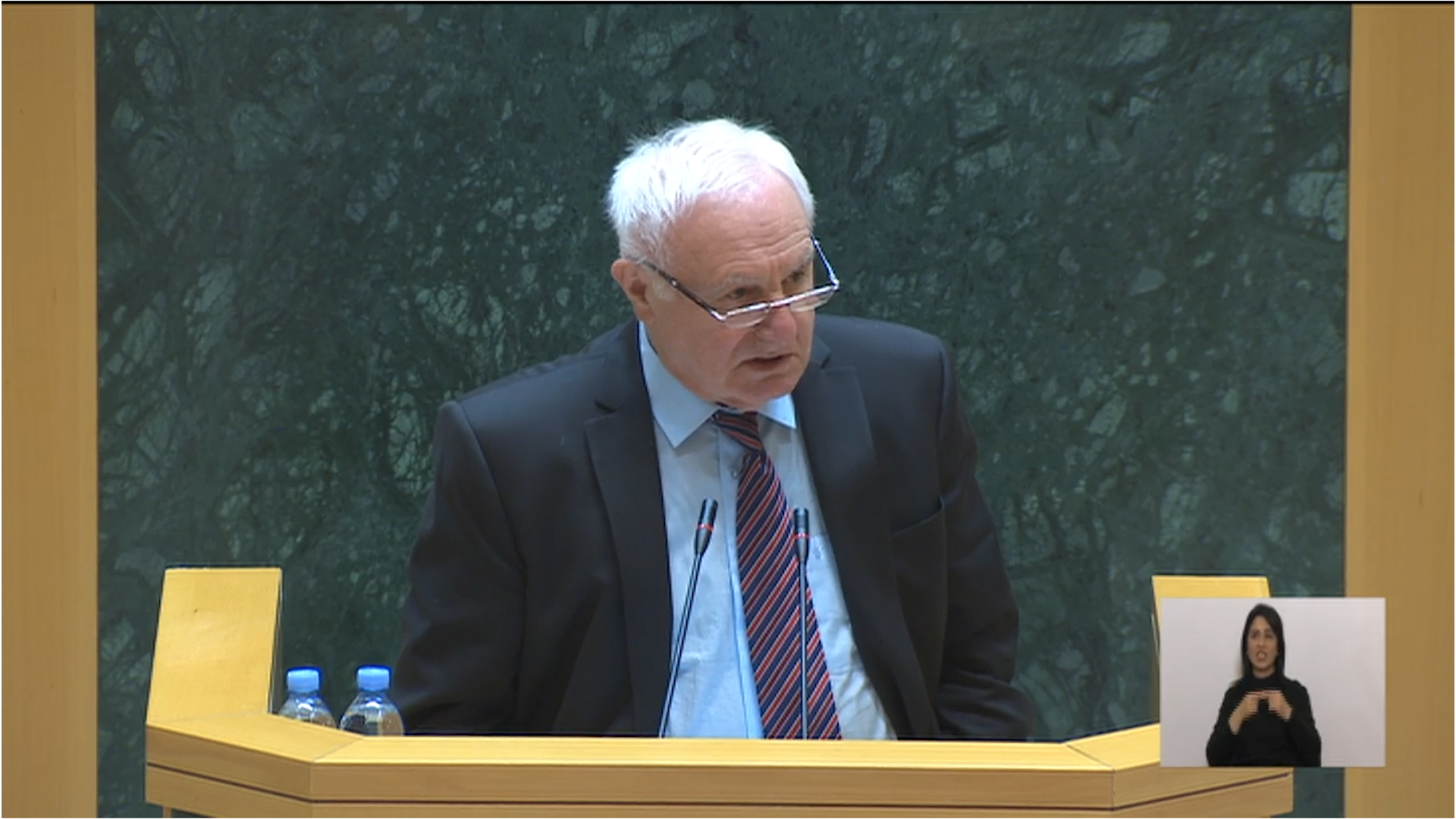 Chairman of the Parliamentary Political Group “European Socialists” Fridon Injia praised the work of the Ministry of Environment and Agriculture at the plenary session of the Parliament of Georgia.
The Minister of Environment Protection and Agriculture Otar Shamugia was heard in the format of “Minister Hour” in the supreme legislative body of the country.
According to Fridon Injia, agriculture is the most important field in the governmental structure of the country, and a lot depends on the work of this ministry for the benefit of the country.
The Chairman of the Political Group positively assessed the work of the Ministry in the fight against the Asian Pharaohs and noted that the Ministry has done serious work in this direction and, indeed, has done a high level of work in the fight against the Asian Pharaohs.
In his speech, Fridon Injia focused on the ongoing infrastructure works in western Georgia, the Rikoti Pass, and asked the Minister to take an interest in the ongoing works there, as the current situation is a matter of concern.
“The work being done there is crucial for both the region and the country. You will be asked to take up the issue separately. Please look at the contract of the 4 companies that carry out works in different sections of this area, so that in parallel with their work, these companies will also take care of nature protection works. “It should not happen that the ruined mountains and slopes will stop us in the future and then we will have to carry out separate works,” Fridon Injia said.
The chairperson of the political group believes that special attention is required to agricultural products produced in Georgia.
“I believe that agricultural products produced in Georgia should be privileged and we should find ways to protect the products produced in our country,” – said the MP.
In addition, according to Fridon Injia, it is important for the government to support the production of organic products in Georgia.
“Georgia is distinguished by aromatic fruits. Therefore, it would be good if we would be interested in entrepreneurs, farmers and it would be right to create some incentive projects in this direction. This is the prerogative of the government, “said Fridon Injia.
According to the MP, the government programs implemented in the field of agriculture are very important for the country’s economy, but the existing programs are often not available to everyone, especially to farmers, small entrepreneurs, and the government needs to think about ways to simplify these programs.
From the parliamentary rostrum, Fridon Injia also drew attention to the changes in the Water Code and noted that the work done by the government in this direction is welcome.
წყალი “Water is of strategic importance for our country and I believe that it should be fixed at the legislative level. “Time will come and water will have a higher price than oil,” said Fridon Injia.
According to the MP, it is important to raise the issue of maximum use of arable land on the agenda.
. “Years ago, foreigners, including perhaps our compatriots, bought arable land that was not cultivated for various reasons. Some are waiting to sell at a good price, some do not have the means to cultivate it, so is there anything to be done that will make the use of these lands more efficient. It is said that land is not produced. “Therefore, what we have land in Georgia, we will not have more land,” – said Fridon Injia.

“Therefore, is it not expedient for the Ministry, together with the relevant bodies, to prepare legislation that will tighten this issue? What I mean is arable land, which used to be cultivated, is not cultivated now and is deserted, and the land tax is paid equally by those who cultivate the land and those who do not cultivate the land. “Wouldn’t it be advisable to make an inventory and warn the landowner, give us time and, in the absence of an objective reason, double the land tax, or find another mechanism to compensate for the income,” Fridon Injia said.