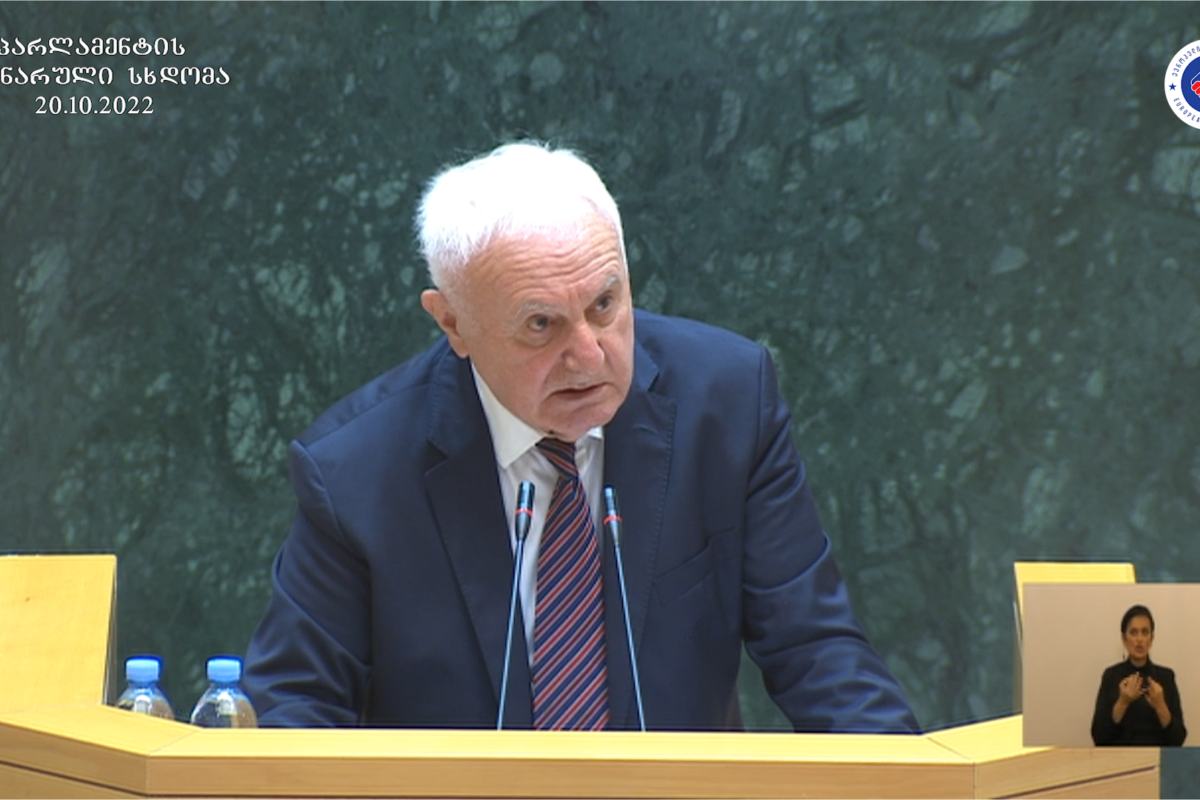 When Georgia takes a worthy place that belongs to it in Transcaucasia, and if an epoch-making mega-project will be implemented, which will ensure the transit of energy sources to Europe via the Black Sea, then maybe the European Union will make a political decision about Georgia's accession to the EU.

This was stated by the chairman of the political group "European Socialists" Fridon Indzhiya at the plenary session of the Parliament, where the deputies listened to the Prime Minister of the country Iraklia Garibashvili in the order of interpellation.

"What is happening here today is all secondary and not necessary for the state." This is done for the purpose of assigning responsibility to you personally and to the government... Based on the interests of Georgia, finally we want to join the European Union. This will be the same political decision as was adopted in the Baltic countries. What we have today, and what you have achieved in these years, including economic progress, is an indicator of everything. Continue in the same spirit, and a political decision will be made to accept Georgia into the EU. When Georgia takes the place in Transcaucasia that belongs to it, and if the epoch-making megaproject initiated by you, which provides for the transit of energy carriers on the Black Sea, will be implemented, it will be a big victory, and then the European commissioners will first come to Georgia, and then to Azerbaijan," he said. Fridon Indzhiya. 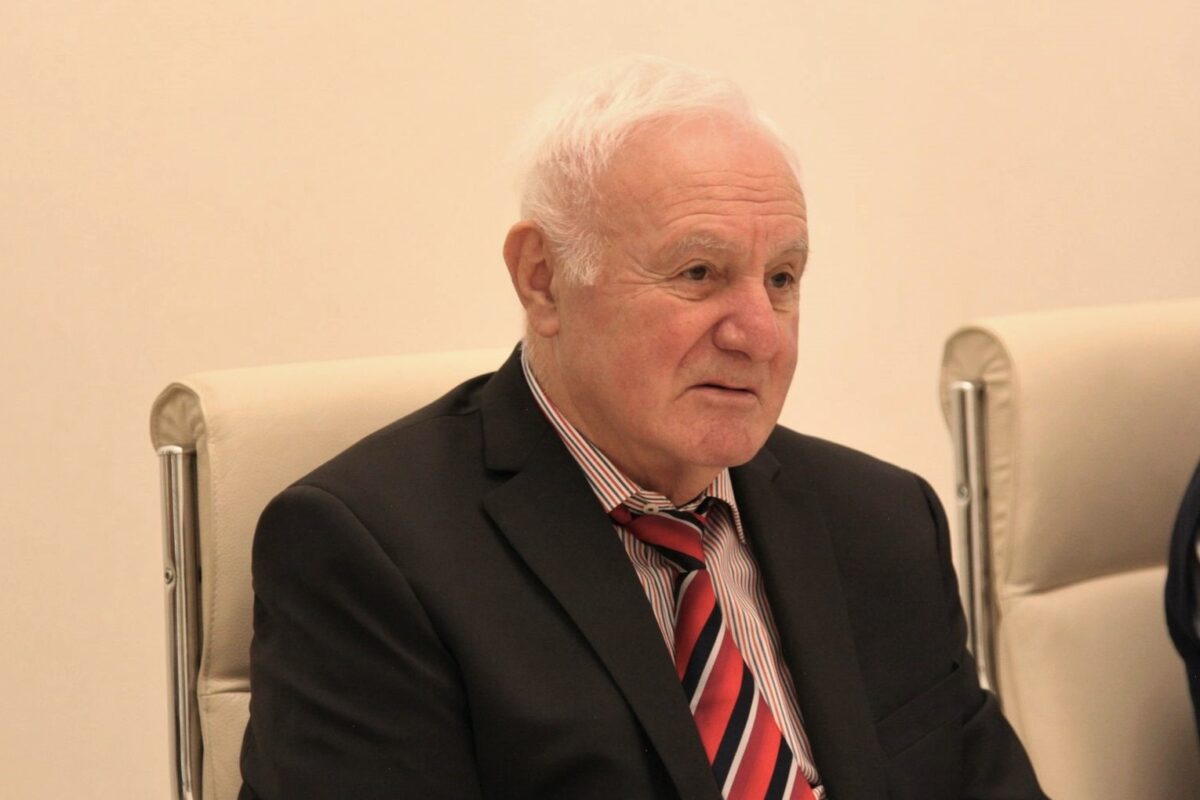 For whom large infrastructure projects are implemented, while the villages of Georgia are empty, and about 1 million citizens of Georgia, including students and the working population, have gone abroad.

This was announced by the chairman of the political group "European Socialists" Fridon Indzhiya at the plenary session of the Parliament and presented an initiative to provide assistance in the amount of GEL 500 to families living in rural areas who will have a child in 2023.

"In all the media, as well as in the Parliament, today they are talking, as it seems to me, about secondary issues: about the imposed status of the candidate and requirements from 12 points; Кто будет Народным зажистником и как образиться о напидатуре Народного зажистником, and if we can't agree, this will already be the next topic for conversation; Who will be the chairman of the National Movement; We are talking about the war and the conflict that is unfolding in Europe and in the whole world; We are talking about deoligarhization and we want to expel one benefactor from the country in some way, instead of attracting more wealthy people. At the same time, what is Georgia today? With a population of about 3,700,000 to 1 million citizens, including students and job seekers, they are forced to leave their country, and no one knows if they will return. According to 2021, the death rate exceeds the birth rate by 15,000 — 60,000 people died," noted Fridon Indzhiya.

According to him, in the villages of Georgia, there are almost no youth, working population, and large infrastructure projects are being implemented here.

"We build infrastructure, roads, gas, electricity, water... for whom do we do this, if we don't have the population?" I believe that the main task today is to keep the population in the villages, to increase the birth rate, and also to bring back our citizens. Otherwise, tomorrow this country will be in a very difficult position", said the deputy.

At the same time, he noted that a family in the countryside needs about 500 GEL to raise one child.

"Let's increase the birth rate in 2023, let's provide financial assistance in the amount of GEL 500 to families who will have a child in 2023," said Fridon Indzhiya. 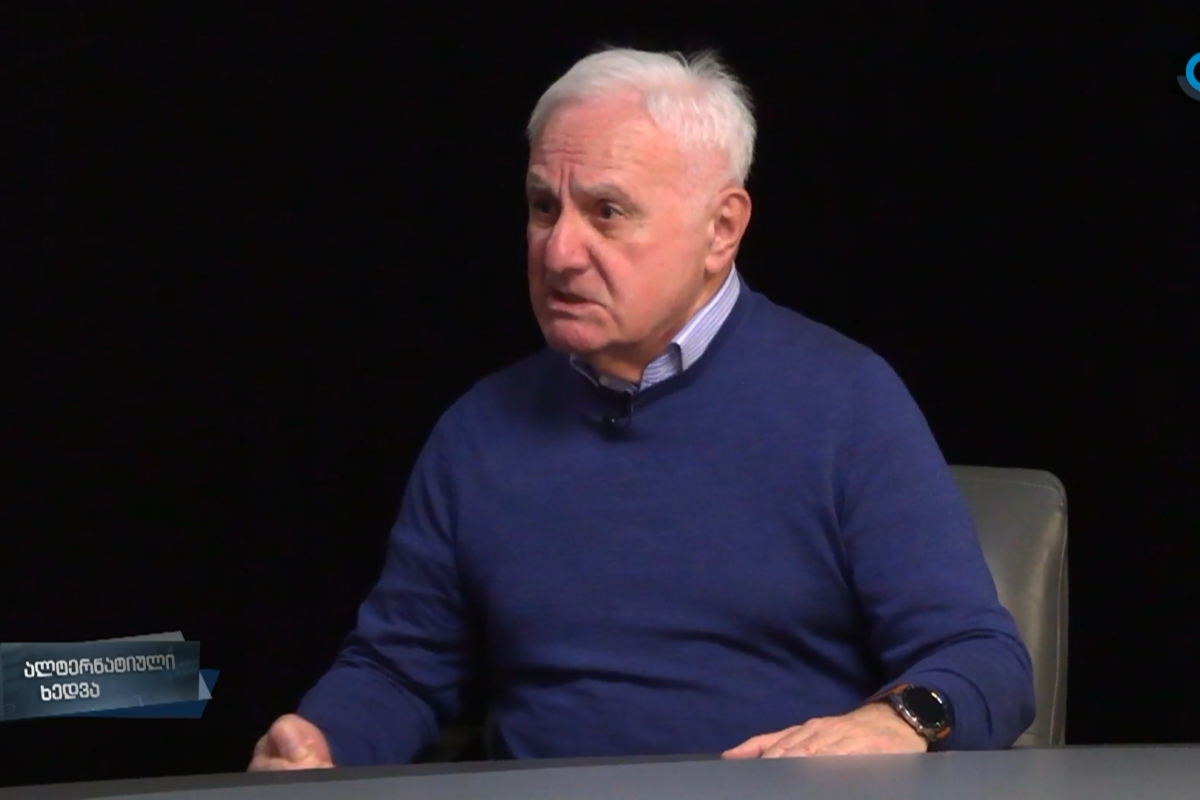 The document published by the European Parliament, which contains an appeal to the authorities of Georgia to release Mikhail Saakashvili from prison, the head of "European Socialists" Fridon Indzhiya considers as a gross interference in the country's state affairs.

"This is gross interference in the internal affairs of Georgia. Это оскорбление говорства, конституции, законов, разоблачающих произнесников. Practically, we talk about letting go of the culprit. A criminal is a criminal not only according to the Georgian legislation, but also according to their legislation. "The criminal must be punished, regardless of his political vision or status," Fridon Indzhiya said in an interview with the "Alt-Info" TV channel.

According to the document, the European Parliament once again calls on the authorities of Georgia to release the former president, Mikhail Saakashvili, and to grant him the right to undergo appropriate treatment abroad on humanitarian grounds, and to use this as a means of reducing political polarization.

As for the case of Badri Japaridze and Mamuki Khazaradze, the head of Georgian socialists noted that, if they had committed a crime, the relevant authorities should have made a decision much earlier, before Japaridze and Khazaradze got involved in politics.

"For this, the law enforcement officers had 7-8 years and even more. Therefore, here the case is slightly different. "However, this is the business of the Government of Georgia," Fridon Indzhiya added. 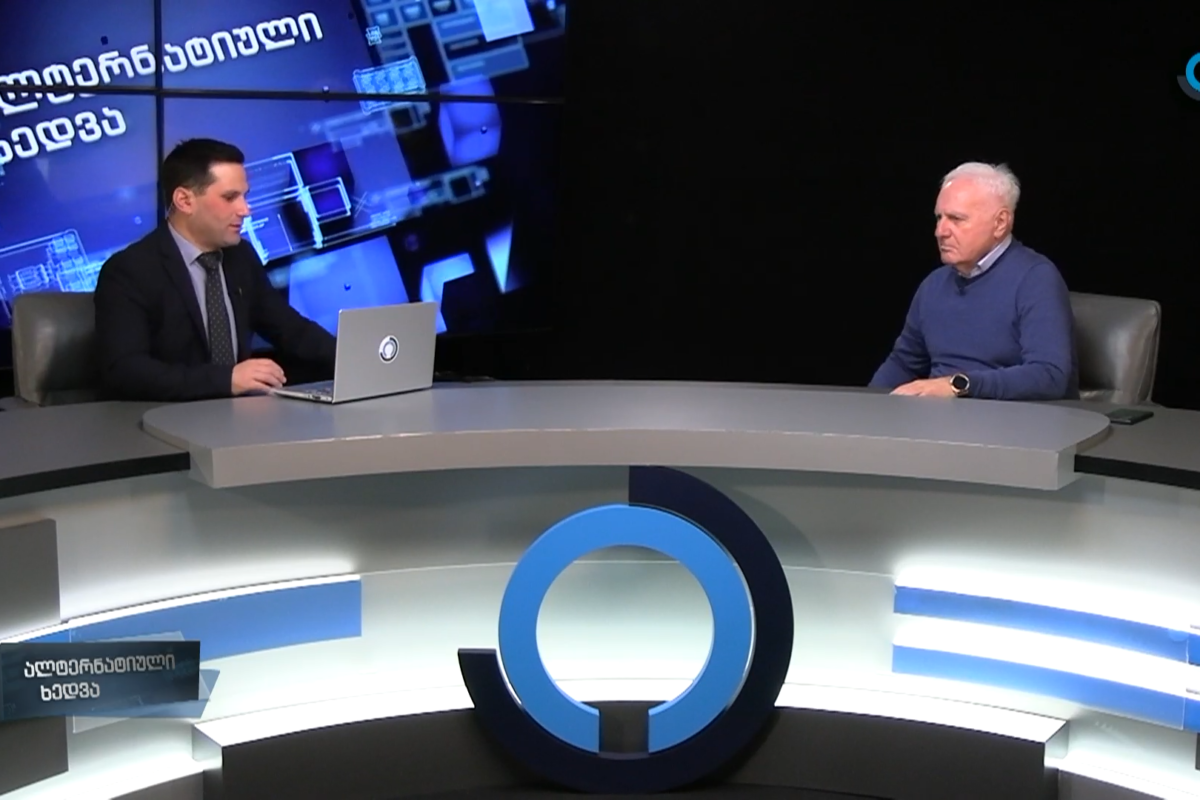 "If we become a full-fledged state and take the place in Transcaucasia that we should occupy, and we can implement a grandiose economic project, which involves a transit corridor of energy carriers to Europe from Georgia through the Black Sea, Europe will accept us without any conditions. We must become necessary for Europe. Until we become necessary and acceptable for Europe, we will constantly be subject to conditions».

This was stated by the chairman of the parliamentary political group "European Socialists" Fridon Indzhiya live on the "Alt-Info" TV channel, in the program "Alternative view".

"The energy project is so important that in the case of its implementation, the president of the European Commission, Mrs. Ursula von der Leyen, will go not only to Azerbaijan, but she should also come to Georgia, because Georgia is between Azerbaijan and Europe. And, if Azerbaijan is important with its energy resources, and finally, it is important, but in the plan of supplying energy, we - Georgia are the main conductor. So, if we wait, they themselves will come for us. Otherwise it will be т.н. "Ping-Pong" game. Unfortunately, the requirements advanced by the European Union are directly related to the sovereignty and independence of Georgia, and this implies interference in internal affairs. We must continue our way. This is the path of independence and sovereignty", — said Fridon Indzhiya.

The chairman of the political group believes that Georgia should definitely receive certain benefits from the European Union. These will be financial opportunities, technologies or something else that should not interfere with the "independence, independence and sovereignty of Georgia". 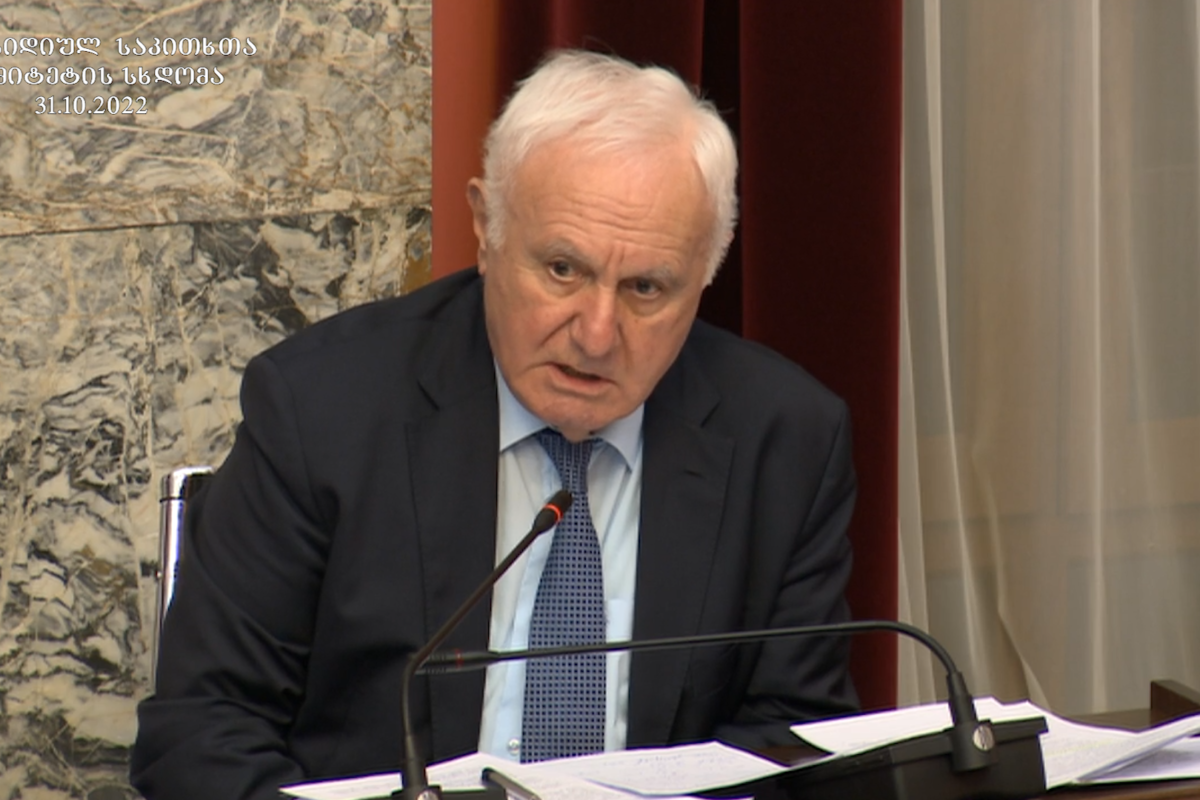 The head of the parliamentary political group "European Socialists" Fridon Indzhiya at the meeting of the Committee for the Protection of Rights and Civil Integration asked one of the candidates for People's Defenders, the chairman of the political group "Girchi", and the deputy Iago Hvichiya questions about tightening the drug policy in the country.

«In Georgia there are very many drug addicts. Что будет с нашей молодежью, the number of drug addicts has increased almost to half a million. We already know one side - you will create comfort for addicts. But what can the People's Defender do to protect the rights of ordinary people who have not yet become drug addicts and can be "infected" with this evil?

Почему мы пережаем по количеству narcozavisimых even some Asian countries that grow narcocultures, that same Uzbekistan, Turkey, Azerbaijan and even ahead of Armenia. This catastrophe is up to half a million drug addicts, who, I believe, are no longer full-fledged people, plus 700 thousand pensioners and as many children as are left of the population of Georgia... We need help... If you will be the People's Defender, what will you do in this direction?»